What Are the Advantages and Disadvantages of Living in the Suburbs?

Suburban America had massively grown in the latter half of the 20th century and suburban life has often been romanticized in family-friendly pop culture. However, as many major cities started focusing on revitalizing downtown areas in the past decade, the popularity of living in the suburbs seems to have slipped. And yet, in the past few years, it has made comeback.

The Advantages of Suburban Life

In general, you can buy a bigger home for less money than in a city. This actual price will depend on the specific city and suburb, but the price per square foot for comparable homes tends to get lower the farther away you are from the city center. Homes in rural areas are even cheaper, but they provide fewer amenities than suburbs do.

When living in the suburbs reached peak popularity, much of the migration away from cities was driven by safety concerns. While crime rates in cities are on a downward trajectory, the suburbs remain safer, even disregarding specific gated communities. To exemplify, most of the safest places in California are a suburb of one city or another.

Depending on your preferred lifestyle, you may or may not consider living near fewer people an advantage, but certain benefits can’t be denied. For one, there is less crowding and you won’t be spending hours milling about in traffic. Then, more land is available for constructions projects.

As more land is available, it is much easier to build a spacious house that you would be hard-pressed to build in a city. Further, suburbs are better for those that value their privacy, especially if you compare living in the suburbs to living in apartment complexes. Finally, less crowding generally leads to better educational outcomes, which brings us to the next point.

The Schools Are Better

Overall, public schools in the suburbs are better than in large urban centers. The teacher-to-student ratio is higher and more resources are invested. Unfortunately, inner-city schools also tend to have a higher rate of students from disadvantaged backgrounds.

All of this leads to suburban city schools having higher graduation rates than inner-city schools. Of course, this doesn’t mean that each suburban public school is better than an inner-city one and we are not taking into account public and charter schools, but the overall trend still stands. 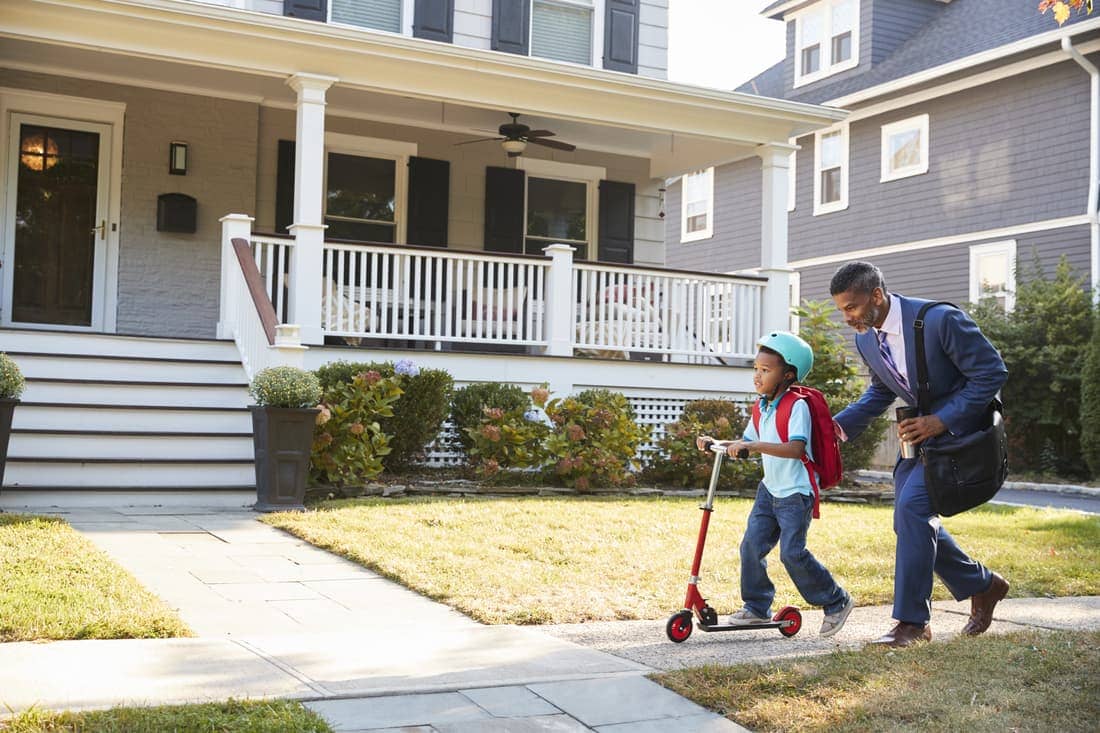 The Focus on Community

The neighborhood parks, hiking tracks, leisure centers, etc. allow you to actually get to know your neighbors. And many suburbs have HOAs and the accompanying activities allow members of the community to interact and work towards common goals, building a sense of kinship.

We’re not saying that most people living in the suburbs enter into politics or public service. Nor are we arguing that a majority do. But, engagement in institutions like HOAs, school board meetings, and local councils is higher in the suburbs.

There are two primary motivating factors – fewer people to contend with and it feels like everything affects you directly. While the second factor is no less true in an inner-city than it is in the suburbs, the subjective feeling gives people the motivation to engage. Thus, in the process of building a better community, people engage in local politics.

It’s Better for Lovers of the Outdoors

While living in the suburbs can’t compare to true rural areas when it comes to access to untouched nature, the suburbs are better than urban centers. There are simply more parks, trails, and generally more nature to enjoy.

And depending on where the suburbs are located, true outdoor activities can be a short 20-minute drive away. For example, if you live in one of the suburbs of California’s Orange County, hills and hiking trails are likely right outside your doorstep. The same goes for beaches, lakes, and mountains in many suburban communities.

The Disadvantages of Suburban Life

Living in the suburbs is slower and more relaxed. You know all your neighbors and know what’s going to happen tomorrow, in a week, and in a month. While this may be an advantage to someone looking to raise a family in a quiet neighborhood, others may find it boring. It’s as simple as that. Of course, this purely depends on personal preference.

A Higher Cost of Living

Housing prices are generally lower in the suburbs (although nothing is cheap in the current market) as are taxes, but the cost of living is not. Many suburbs tend to be affluent and that leads to higher costs of healthcare, transport, groceries, and everything else.

A large portion of people living in the suburbs commute and work in cities. In case you wish to avoid commuting and work near your home, you’re going to face tough competition. There are fewer jobs to go around and people often get hired because they have lived in the community for a long time and know people.

Call it nepotism or unfair, but that’s just how it is. That’s not to say you wouldn’t be able to get a job in the suburbs if you are new. But you might not be able to land the dream job you want and would need to fight a bit more to get the second one on your list. Or go work in the city.

‘You’ll need a car’ might be overstating it a bit, but you’ll need to find a way to function without good public transport. Not many things are within walking distance in the suburbs and public transportation is not common, so you need to find an alternative to get to places. Owning a car is the simplest solution, but that is another expense on your bank account.

Finally, the suburbs are spread out and that generally means there are fewer amenities in your immediate locality. So, it’s more difficult to find entertainment venues and shops and there are fewer colleges, universities, hospitals, etc. The institutions you find in the suburbs are usually high-quality, there are just fewer of them than in a big city.

Thinking of Moving To or From the Suburbs? 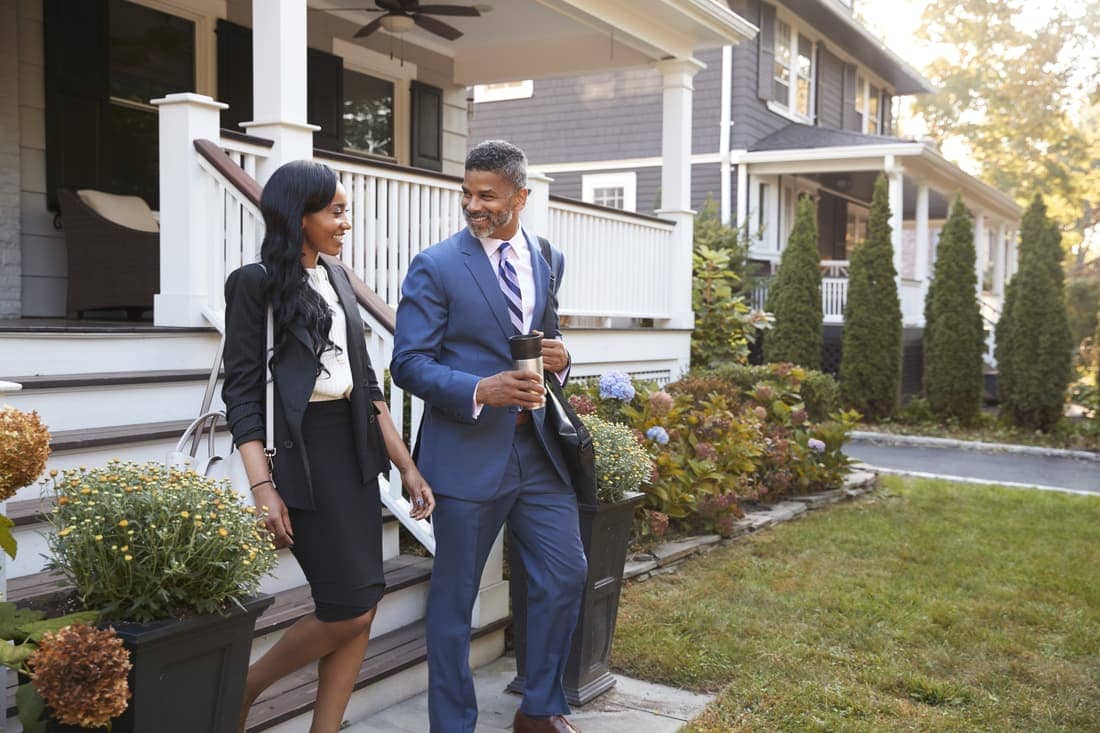 In case the pros and cons of living in the suburbs lead you to the conclusion that the pros overweight the cons and you wish to move there, SleeveUp Homes can help. The same goes if you want to move out of the suburbs to the city.

You can sell your old house for top dollar and finance the move. We are not flippers or wholesalers but direct buyers, which is why we can offer you the best price possible. And because we are direct buyers, you won’t be paying any fees or commission, leaving more money in your wallet. Request a no-obligation cash offer and see what you can get.