What Are the Best Places to Live in California in 2022? – Comparing the Largest Metro Areas

Fewer people have been moving to The Golden State in the past year than in years prior, but California is still one of the premier states of the US. However, California is large and diverse, and not all cities and towns are made equal. So, what are the best places to live in California in 2022?

We have contrasted the 5 largest metro areas by compiling and analyzing the latest data and classifying it into 4 relevant categories to determine how they compare to each other. By the end, you should be able to understand what an average resident’s life looks like and what their biggest concerns are.

But before we get to the list of the best places to live in California in 2022, we should give a quick overview of the selection process used.

The 5 largest metropolitan areas in California were compared in 4 categories:

Each metropolitan area was given from 1 to 5 points in ascending order for each category – 1 being the worst, 5 the best. The points from each category were added up and the best place to live in California was selected based on the total tally.

You can find an in-depth explanation of the methodology and the criteria used for each category after the list. Now, let’s get to the best places to live in California, ordered from best to worst.

The Sacramento – Roseville – Folsom urban area comes out on top with 14/20 points and it can be considered one of the best places to live in California for young adults looking to purchase a home. This area is right in the middle of the pack according to all statistics except for home affordability, where it shines.

The per capita income of residents is $61,852 and the basic annual expenses total to $38,329, which leaves people with around $23,500 to spend in other places. The unemployment rate is 4.4% and the crime rate is 27.2 per 1000 residents – all of which results in 3/5 according to our scale. Additionally, if only violent crimes were counted, this area would be the second-safest, giving it one more point.

But what makes the Sacramento – Roseville – Folsom urban area one of the best places to live in California is affordable housing – the median home costs approximately $500,000, making it the most affordable on this list. As an added bonus, this urban area also encompasses the Central Valley wine region, which produces about ¾ of the grapes for California wines.

The San Diego – Carlsbad metro area gets second place, but with 14/20 points, it is equal to the Sacramento – Roseville – Folsom area. However, we added another metric to distinguish between the two – how many average annual salaries it would take to purchase a median-priced home in the area.

This area shines in two categories: 1. unemployment is at 4.2%, which nets it 4/5 points, and 2. the crime rate is at 21.3 crimes committed per 1000 residents, which makes it the safest metro area on the list. The relatively low level of criminality should come as no big surprise, as 3 out of the 15 safest locations in California are located right here, in San Diego – Carlsbad.

The low unemployment and crime rates make San Diego – Carlsbad one of the best places to live in California for families. However, this area loses out when it comes to personal finances – the average per capita income is $66,266 and the estimated annual expenses are $46,834, which gives it only 2/5 points and doesn’t let it climb to no.1 on the list.

The San Francisco – Oakland area is a place of extremes; it ranks first for unemployment and personal finances, but last for crime safety and home affordability. With an unemployment rate of 2.9%, it gets 5/5 points.

The per capita income is $111,050 and the estimated basic annual expenses are $69,072, which leaves its residents with around $42,000 to spend on other things. Even though the cost of essential living is the highest on this list, the per capita annual income more than makes up for it.

The Los Angeles – Long Beach – Glendale metro area is fourth on this list of the best places to live in California for two reasons – it has the highest unemployment rate on this list at 6.2% and the second-most expensive real estate market (the median sale price is $950,000), which gets it 1/5 and 2/5 points, respectively. 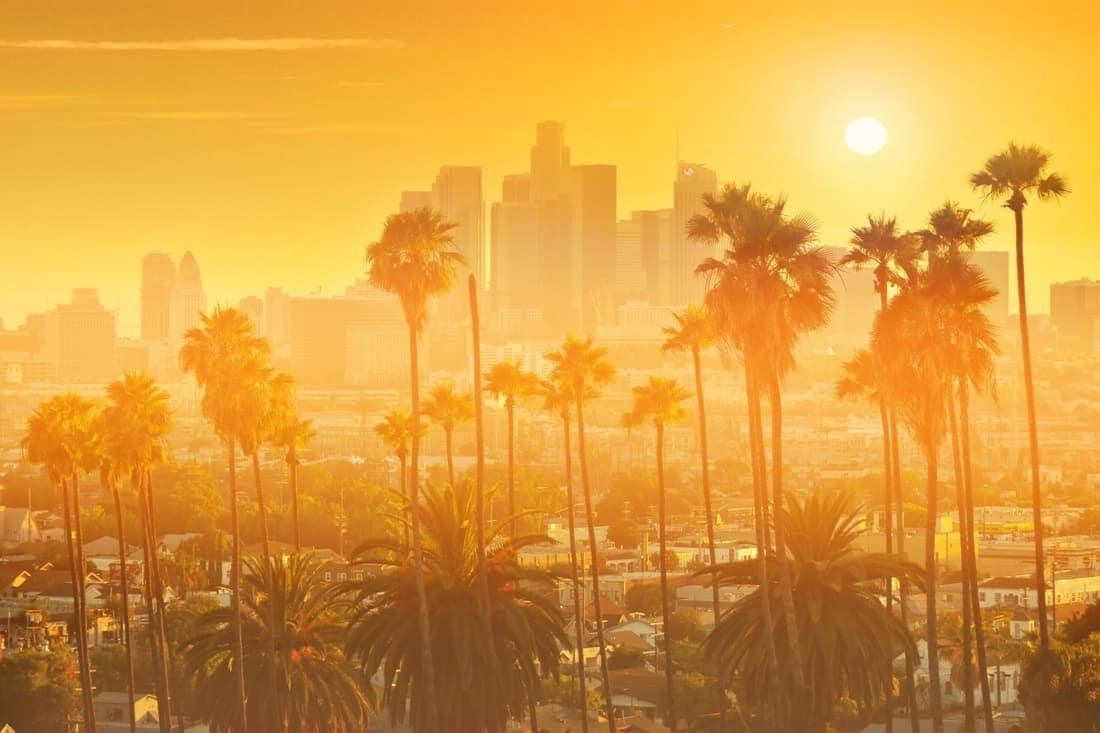 When it comes to personal finances, Los Angeles – Long Beach – Glendale does well; the per capita income is $69,805 and the estimated expenses are $42,825, which leaves the hypothetical resident with about $27,000 in their pocket when the year is out.

This area does similarly well when it comes to crime safety; with a violent crime rate of 4.5 crimes committed per 1000 residents and a property crime rate of 21.4 for a combined 25.9, it gets 4/5 points on the scale.

The low crime rate may come as a bit of a surprise, as this area is not really known as the safest place in California. However, consider that this is the combined crime rate for the entire metro area and not just, let’s say, inner-city neighborhoods.

LA – Long Beach – Glendale has some of the most affluent towns and neighborhoods in the entire country; 9 out of the 15 safest locations in California can be found here, which significantly improves the overall crime safety.

Finally, we get to Riverside – San Bernardino – Ontario. As it concerns the criteria used for this list, the best thing this metro area has going for it is that it ranks last in only one category – personal finance – and that homes are affordable when compared to the other metro areas, with a median cost of $580,000.

Unemployment is at 5.1%, only lower than in Los Angeles – Long Beach – Glendale. However, none of this means that the Riverside – San Bernardino – Ontario area is a bad place to live. The best cities in Riverside County could give the more affluent towns in LA County a run for their money. It just means that the entire metro area, when taken as a whole, doesn’t compare well to the 4 other metro areas.

The 4 categories used to determine the best places to live in California were specifically chosen to approximate what the everyday life of a hypothetical, average resident of these metro areas could look like. Factors like entertainment, tourism, access to healthcare, etc. were not considered, as they are very narrow and location-specific.

The aim was to demonstrate how likely or unlikely an average person was to have a job, how far they could stretch their income, and how possible it would be for them to own their own house, in addition to how safe they would be. The data used for each category is as follows:

The Bureau of Economic Analysis of the U.S. Department of Commerce tracks personal income by county, metro, and other areas; the average per capita income in a given metro area was used. Income encompasses wages, government benefits, interests, rents, dividends, and proprietors’ income.

The Economic Policy Institute calculates location-specific costs for different types of families. The estimated expenses include housing, food, child care, transportation, health care, taxes, and other necessities. The expenses of one adult with no children in a given metro area were used for this list.

Finally, the expenses of an adult person with no children were subtracted from the per capita income to determine how much money an average resident of a metro area would be left with on a yearly basis and an appropriate number from 1 to 5 was assigned.

Safewise compiles FBI statistics and issues annual reports on the violent and property crime rates in towns and cities. These city and town crime rates were adjusted for the appropriate metro areas.

Housing affordability refers to the median sale price (median prices are used instead of average prices because they can better estimate the central value) of homes that were sold in a given metro area; so, it does not calculate the listing price, but only accounts for how much the houses actually sold.

Thinking of Moving to a New Area?

If you are thinking of moving to a new metro area, you can sell your house to SleeveUp Homes for cash. We are local Southern California investors that will buy your house for top dollar and give you a leg up wherever you are going. Besides offering the best prices, you will not be paying any realtor commission or closing costs if you sell to us.

And don’t worry about the state of your property because we will buy your home as-is and take care of any necessary repairs in-house. You don’t have to take us at our word – request a no-obligation cash offer and see how we compare to other offers you’ve received before you make a choice.