Since selling a home depends on the locality and a multitude of market conditions and factors; there’s no one best time of year to sell a house. Plus, it’s also worth considering what aspect of the sale you want to maximize – do you want to sell fast, high, or are you going for an optimal combination of these two? That being said, seasonality definitely plays a part in selling your home.

Seasonal trends are easily observable, as are the specific months when putting a house on the market will work in your favor. And that’s what will be covered in this article – the best time of year to sell a house, narrowing down the specific months, which aspect of the sale will be optimized, and some heads up on which months you should avoid.

In general, spring is considered the best time of year to sell a house or at least put it on the market. People are waking up from their winter slumber, having a bit more money in their pocket due to tax returns, and making plans for the upcoming year.

This leads to the largest percentage of people starting to pursue the national housing market as soon as spring comes. The weather is suitable for holding showings and open houses, and it’s easy to entice buyers with curb appeal due to everything blooming (a good spring cleaning also doesn’t hurt).

Additionally, summer breaks start in late spring, and people with school-aged kids (which is a good chunk of potential buyers) tend to time buying a house at this time so that they have ample time to settle in without causing too much upheaval. All in all, spring is the winner both in terms of selling fast and high.

The Best Month to Sell a House

This leads to the natural conclusion that the best months to sell a house are from March to May. Your local climate plays a key part so take it into consideration, too – for example, if it’s predicted that March will be irregularly cold and rainy, put your home on sale in early April. All in all, try to have your home listed somewhere between March and May – it’s a great time to sell your home.

Summer – the Runner Up

Many things that apply to selling your house during spring apply to summer, too. However, in places with a warm climate, like California, July and August may be too hot for many people to go house hunting, so your potential pool of buyers is somewhat lessened. If you’re selling the house on your own, it may even be too hot for you to hold regular showings.

Then, as most people go on holiday during summer, it can be harder to work out a schedule for prospective buyers to look at prospective houses. The same goes for you – maybe your holidays will prevent you from talking to buyers and showing them around your house. That’s not to say that summer is a bad time for selling, just that it takes a bit more work – it’s still the second-best time of year to sell a house.

On the other hand, summer definitely has things working in its favor. For one, many people who find homes during spring buy them in early summer, which is why summer is the peak closing season. That doesn’t mean that you should put your house on the real estate market during summer, but that there’s a high likelihood of selling if you start in spring.

Additionally, if you hold until late spring, you may get a better price for your home. People with kids want to buy a home and settle in before school starts, and this need to close fast brings more competition and drives prices up. However, there’s no guarantee that you can get a better offer if you sell in the later summer months.

Fall is not the worst time to sell a home, but it’s far from optimal. For one, you need to hope that the weather holds; and even if it does, your window to sell is short. September and early October can be more or less fine, but anything later than that makes selling exponentially more difficult.

And the weather is not the only challenge you’d be facing. You’re also contending with national holidays, kids returning to school, and people simply focusing on their everyday lives. Your primary category of buyers would be those that started looking for homes during spring or summer and couldn’t find one that suits them or people who were forced to move by circumstance.

However, the first group tends to be very specific in their wants. The second group may be moving because of a job transfer, due to layoffs, or something similar, which means that the sale price could be a pain point for them, even more than with regular buyers. So, fall isn’t exactly a great time to sell a house. 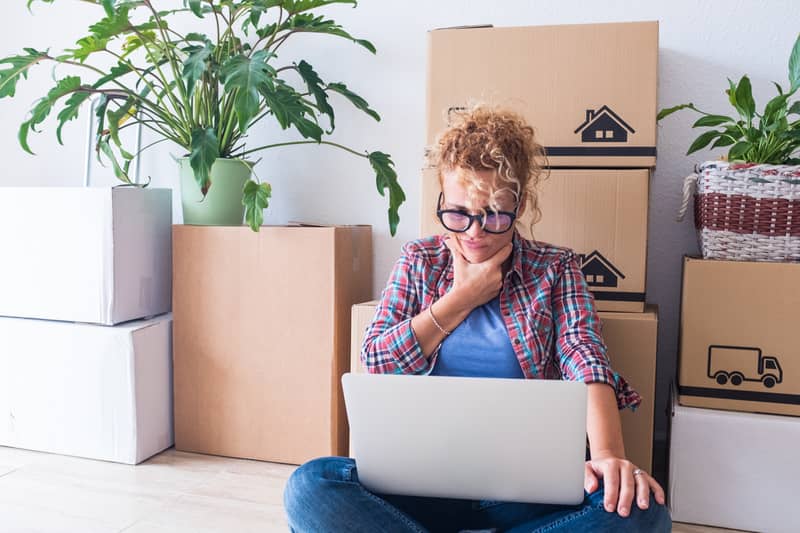 You Can Focus on Repairs or Renovation

One positive thing about fall is potentially preparing for next year’s selling season. Spring and summer are also most repairmen and contractors’ peak seasons, so you can negotiate better prices if you hire them during fall. If you didn’t list your home earlier because it required extensive repairs, now could be the time to do it.

Winter is traditionally the slowest season, but that doesn’t mean you can’t sell. While the best month to sell a house is far behind you, some of the best buyers are still out there – it’s just that they are in short supply. So, is it a good time to sell a house during the winter months? You have the best chance of selling if you live in a place like California, with a year-round warm climate.

Winter brings about more serious buyers. Many want to buy before the winter holidays start and the year is out. Others are looking to move from up north to more sunny climates. These types of buyers are usually in a semi-rush to buy and may be willing to ignore certain negatives of a property if they like it overall.

The Final Verdict:  What Month Is Best to Sell Your House?

Depending on your climate and other factors, the best month to sell a house is March, April, or May – hands down.

What Is the Best Time of Year to Sell Your House?

Trying to figure out what’s the best time of year to sell your house is not a walk in the park. However, if you really want to maximize your ROI, then the answer is simple: spring. After all, warmer weather means more potential buyers browsing with sunny dispositions without breaking a sweat from all the heat. And who could possibly resist an ice-cold lemonade on the deck of the house they might call their future home?

If you can't make it work this spring, then summertime isn't a bad option either – it provides plenty of daylight for those interested in 'window shopping'. Your decision will also depend on what type of buyer you’re hoping to attract, so keep that in mind as you plan your next move!

Ultimately selling a house at any time is possible, but if you're trying to make the most of your investment, get your listing up before the leaves start changing colors.

What Time of Year Do Houses Sell Cheapest?

Home prices are usually at their lowest in winter because it is the slowest season for selling. With low demand, sellers have no choice but to adjust their prices accordingly if they want a fast sale. This mostly attracts first-time buyers. However, many people remove their properties from listings during this period, meaning that the prices may be lower, but the options are more scarce, too.

If you consider yourself an opportunist and you don’t mind braving the cold weather conditions, you may be able to find your dream house at the right price during the snowy season with just a sprinkle of luck!

However, keep in mind that the time of year does not necessarily define when houses sell for the cheapest. Actual real estate prices are determined by market dynamics like housing inventory and economic conditions rather than seasonality alone.

What Time of Year Do People Sell the Most Houses?

Springtime is typically the most popular time of year for selling houses. After all, what better time to move than when the birds are singing, flowers are blooming, and temperatures are pleasantly warm? Many people also choose summer as the optimal time to spread their wings and see where the wind takes them.

This makes sense as it's often easier for children to transition between schools when there isn't a disruption in the academic year. Plus, with the added sunlight afforded by the season, motivated buyers can look at potential properties on evenings after work – a major convenience!

So overall, it's safe to say that the warmer seasons are the big winner when selling houses.

Is There A Way to Avoid Thinking About Seasonality?

If you want to simplify the process and not think about showings, repairs, or what the best month to sell a house is, contact SleeveUp Homes to see what we offer. We buy houses for cash through spring, summer, fall, or winter, and always give the best prices possible.

Because we are not wholesalers or realtors, you won’t pay any commissions, so more money will end up in your wallet. We don’t mind what the state of your home is either – you don’t need to make any repairs, preparations, or clean-ups – we look for potential and buy as-is, and take care of the rest ourselves.