Living expenses are increasing day by day and salaries never seem to match the growth. It appears obvious that making retirement plans is far from the minds of most Americans. Instead, the focus is on getting to next month without a negative bank account. A solution many are considering is relocating to one of the cheapest cities to live in the US.

But even this may come with negative financial consequences. Yes, the cost of living may be lower, but the median wages could be comparatively lower as well, or jobs could be hard to come by. In essence, don’t just focus on the cost of living but dig deep to learn if your destination of choice can meet your needs.

This article is intended to be the starting point of your search. We’ve compiled a list of the 10 cheapest cities to live in the US and added information on the median household income, as well as the median listing price for houses. By the end, hopefully, you will have narrowed down your choice, but before we get to the list, you should understand how the cities were selected.

The Method Used to Find the Cheapest Cities

The Council for Community and Economic Research, a nationally recognized organization that focuses on community, economic, and workforce research, conducts a quarterly study to determine the cost of living index in urban areas of the US. The latest numbers are from the third quarter of 2021.

The cost of living index (COL) is based on 6 metrics – the cost of utilities, housing, grocery items, health care, transportation, and miscellaneous goods and services. More than 90,000 prices that cover 60 different items are collected from chambers of commerce and research organizations and analyzed to come up with the COL.

The average national COL is calculated (the average is set at 100 points) and is used as the basis against which specific cities are compared. In short, the cost of living index is a realistic representation of citizens’ regular expenses compared to the US average.

The median listing prices for homes were compiled from major realtor organizations. The purpose of these two statistics is to let you compare how easy it would be to buy a house in one of these cities if you had an average income and how much of your paycheck would go towards everyday expenses.

After all, it’s not just about finding cheap prices, but how they compare to your income. Now, let’s get to the 10 cheapest cities to live in the US, starting with the cheapest city. 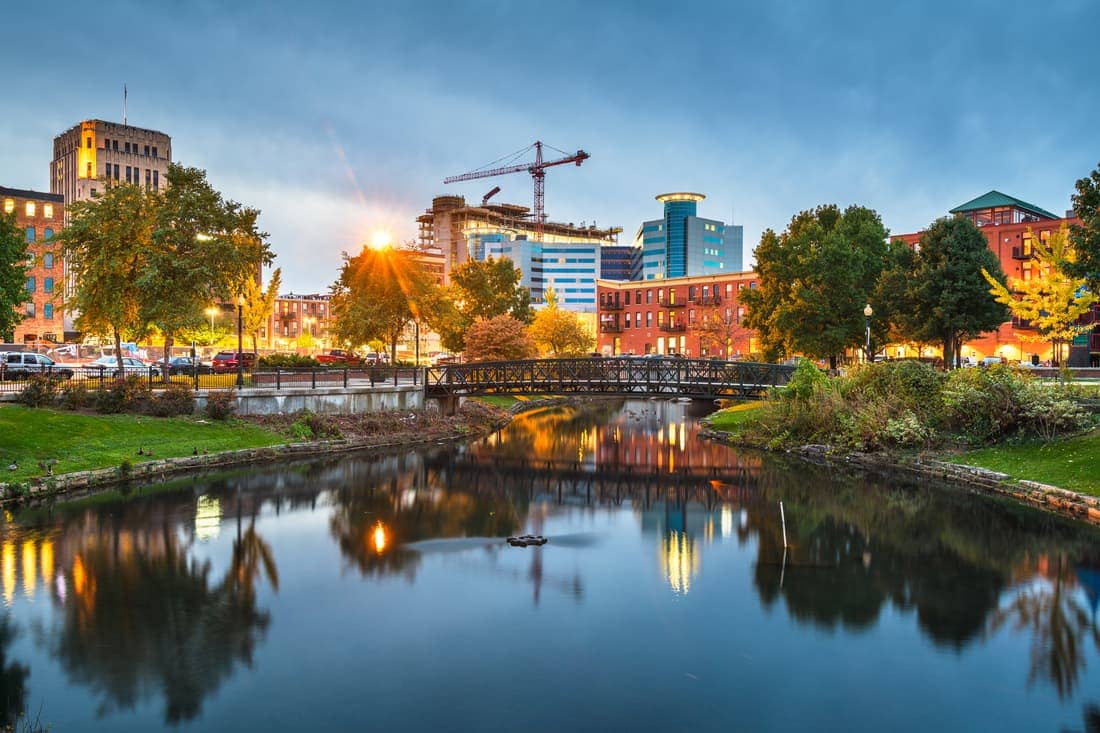 Kalamazoo, Michigan is the seat of Kalamazoo County and has a population of around 73,000 people. It is good for many of the residents of Kalamazoo that the city is as cheap as it is because an astounding 28.4% of people are considered persons in poverty, which is far above the state and national average.

In addition, 44.2% of people own or co-own the homes they live in, which means that a large portion of the population is renting. As the per capita income is around $23,500 and the median gross rent is approximately $800, a large share of the population spends about 40% of their annual income towards gross rent.

While these are general statistics and can’t account for each individual situation, the picture the stats paint is rather bleak for some of its residents. On a positive note, Western Michigan University with its many campuses and partner teaching hospitals is a good stimulant for Kalamazoo’s economy.

The Pfizer Corporation, the now-famous pharmaceutical and biotech company, also has a large operation in Kalamazoo and the medical equipment manufacturer Stryker Corporation is based here.

In total, the medical and pharmaceutical industries are big in Kalamazoo and may incentivize you to move here if you are in one of these professions. With the cheap cost of living that Kalamazoo offers and if you can get an above-average paycheck, Kalamazoo may be a good place to settle down for good.

McAllen, Texas has the second-lowest cost of living of all US cities, but, once again, not everything is sunshine and rainbows for many McAllen residents. Persons in poverty account for 23% of the population, which is above the state and national average.

On a different note, the poverty rate seemed to be trending downwards, but the latest data is from 2019, so it remains to be seen how the pandemic has affected the trends. Compared to the cheapest city in the US – Kalamazoo – the higher median household income more than makes up for 0.5 points more of the cost of living index.

And McAllen is a much bigger city than Kalamazoo, with a population of over 140,000. Trade and tourism are large drivers of McAllen’s economy, as is the health care industry. It is interesting to note that McAllen is located on a major flyway of birds migrating between South and North America.

The World Birding Center has one of its nine bases in McAllen, specifically at the Quinta Mazatlan, a Spanish Colonial mansion. So, for birdwatchers and enthusiasts looking for an affordable city to relocate to, McAllen, TX might be the right choice.

Harlingen is located north of the Rio Grande and west of the Gulf of Mexico and sits at the southernmost tip of Texas. The distance from Harlingen to McAllen is about 35 miles and the two cities are somewhat comparable, although McAllen seems to be doing better.

Not only does Harlingen have a higher COL index, but the median household income is lower and the poverty is rate is higher, standing at 29%. The positive aspect is that almost all costs of living are much lower than in the rest of the US, except the utility bills. And the higher utility bills are expected as summer temperatures regularly go to the high 90s.

Multiple campuses and public university branches are located in Harlingen, with the largest one being the University of Texas Rio Grande Valley. Health care is accessible in Harlingen and it boasts a multitude of hospitals, clinics, and health centers, including the only Level II Trauma Center in the Rio Grande Valley Region – the Valley Baptist Medical Center.

And like in McAllen, the World Birding Center also has a location in Harlingen.

Muskogee is the seat of the eponymous county and is the only representative of Oklahoma on this list. With a population of around 37,000 as of the 2020 census, it is also one of the least populated places on this list.

Unfortunately, 24.6% of the population are persons living in poverty, which is more than 10% above the Oklahoma average of 14.3%. The Georgia-Pacific pulp and paper company is the largest employer in Muskogee and Muskogee is generally considered an economic center for the east Oklahoma region.

By now, you’ve probably noticed a trend – the cheapest cities to live in the US often also have low median household incomes and high poverty rates. It just goes to stress the point that you should not only be looking at the cost of living but also compare it to your potential salary if you ever decide to move to one of these cities.

Tupelo is the sixth-largest city in Mississippi and the seat of Lee County. It is generally considered a commercial and cultural hub of North Mississippi and is one of the brighter examples on this list.

Tupelo has a strong furniture industry, is home to the headquarters of the North Mississippi Medical Center, two large financial institutions have their headquarters here, and Tupelo is a five-time winner of the All-American City Award issued by the National Civic League to cities that creatively address local issues.

Still not interested? Elvis was born in Tupelo and you will find the Elvis Presley Birthplace museum here. But because not everything can be perfect, you should know that tornadoes are always a threat in Tupelo and that is something worth noting. All in all, Tupelo is definitely a city worth considering if you are thinking to relocate to one of the cheapest cities in the US.

We won’t go into detail regarding the second half of the cities on the list, just give a quick overview of the COL index and the median prices, but we encourage you to delve deeper if any spark your interest. 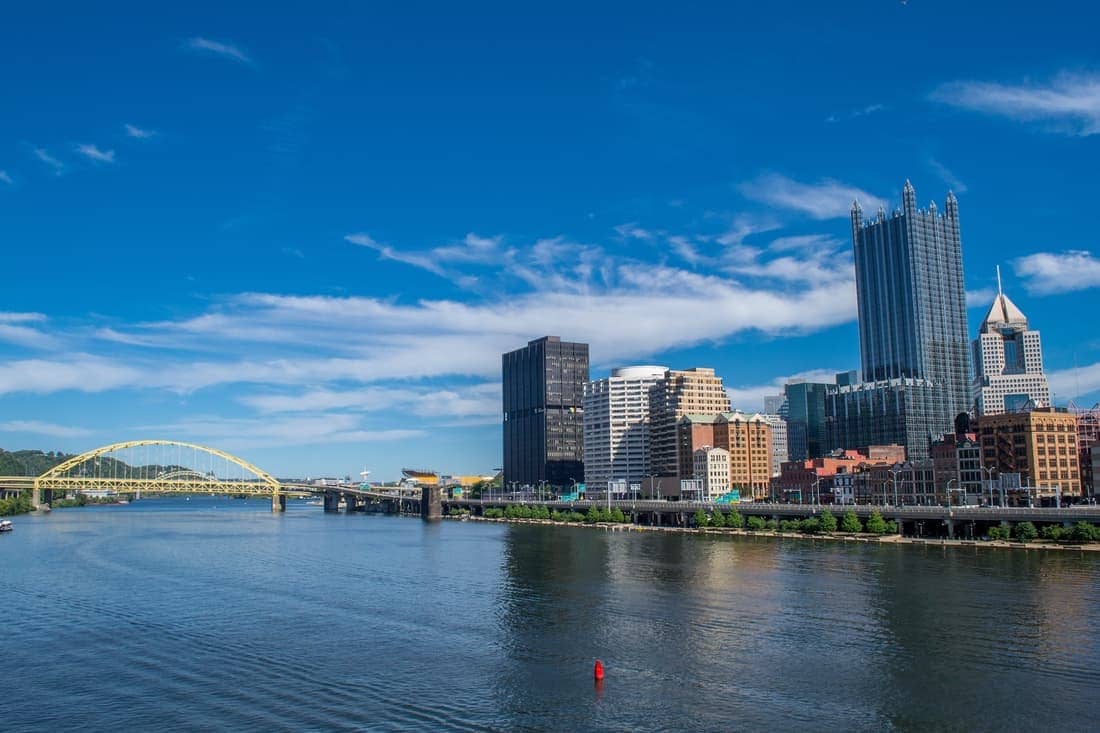 Can Trends Be Observed?

Three of the 10 cheapest cities to live in the US are in Texas, 2 in Mississippi, and one in MI, OK, AL, IN, and KS respectively. While nobody would expect the best beach towns in California to also be some of the most affordable cities in the US, it may be somewhat surprising that 6 of the 10 cities are from the Dixie region (and two more from neighboring KL and OK).

When these 10 cities are compared to the US median, all of them have a significantly lower median household income. And the (although beneficial) lower cost of living does not appear to offset this, as all of the 10 cheapest cities to live in the US have higher poverty rates than the US median.

And One Notorious Location

While this article focuses on the cheapest cities to live in the US, we couldn’t help but mention the opposite end of the spectrum – Manhattan, New York. The cost of living index in Manhattan is 239.3, far ahead of the runner-ups San Francisco and Honolulu at 186.4 and 185.6, respectively.

Have You Decided on a Place to Relocate?

If one of these cities has piqued your interest, you can sell your house to SleeveUp Homes and easily finance your move. We will buy your current home as-is for top dollar and you can close in as little as seven days.

We are not wholesalers but local Southern California investors, which is why we can make you the best offer you will come across. And because we are direct buyers, you will avoid realtor commissions and we take care of the closing costs. Tell us what other offers you’ve received and request a no-obligation cash offer – we guarantee we’ll do better.